Why The Better Place 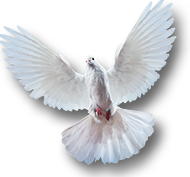 As I contemplated the official organization of The Better Place, there were two options before me. I could bring it under the umbrella of the District Corporation where I served as superintendent or I could form a new independent not-for-profit corporation. There were obvious advantages to both options. The primary advantage to organizing under the District would have been that all the government requirements that are part of creating a new organization could be avoided and, thus, everything could get started sooner. – On the morning of 04 March 2003 I was catching incoming darts from some little devil telling me that the whole Better Place idea was not going to get off the ground and that there was really no need for it with all the other retreat centers in existence and things like that. As I turned my face to God in regard to this, He directed me to Habakkuk 2:2-3 which says, “Write down the vision and make it plain … For the vision awaits an appointed time … Though it linger, wait for it; it will certainly come and will not delay.” And God told me essentially “I gave you my vision; you wrote it down; it will not delay. You’re on the right track son.” – Later that day I was at a Cabinet meeting [that is a meeting with my bishop and the other superintendents of our Conference] in Buffalo working on upcoming appointments for our pastors. Our bishop, Violet Fisher, decided to have a time of discernment at this meeting concerning my appointment to The Better Place ministry. The upshot of that was that The Better Place should be established as a new religious not-for-profit corporation. After that decision was clear, Bishop Fisher anointed me with oil and prayer; and as she prayed she quoted Habakkuk 2:2-3. That was just another “Godincidence” to me.

Once we had that direction, four things had to be put into place before significant fund raising could go forward. They had to happen in this order because each step is a prerequisite to the next. The Better Place had to be incorporated. Then an IRS Employer Identification number had to be assigned to the corporation. Next, the ministry had to be approved by the IRS for federal tax-exempt status [the 501(c)(3) standing]. And, finally, the ministry had to be approved and registered by the Charities Bureau of the Attorney General’s Office of New York State. (It is illegal for a not-for-profit to solicit or to receive more than $25,000 per year unless it is registered with the Charities Bureau). – The new corporation was in place on 30 May 2003; so that is the official “birth date” of The Better Place. The EIN was as quick as a phone call after that. Then the process began to obtain federal tax-exempt status. These days, it is normal for this to take several months and it often takes over a year. My term as a superintendent concluded on 30 June. My new appointment to serve as the organizing director of The Better Place began on 01 July. On 03 July the 32-page application form for tax-exempt status went to the IRS along with attachments. A letter came along later indicating that the application had been received at the Cincinnati office on 09 July. One hundred five days later, on 22 October, I received verbal confirmation from IRS agent, David Doeker, that The Better Place had been approved for 501(c)(3) status. The written confirmation of this arrived on 05 November so, on 07 November the application was off to the Charities Bureau. I have a “Pot-Shots” cartoon by Ashleigh Brilliant I am thinking about sending to the Charities Bureau. The caption reads “Constant delay is our top priority.” It took two months and many phone calls before someone at the Bureau read our material and applied the rubber stamp, but a letter was finally received, dated 07 January 2004 stating that The Better Place is now registered. – The entire governmental piece of the foundation for this new ministry was all put into place in just over six months. That is phenomenally fast relative to what I understand is normal. – People are praying for this and God is moving. We can now ask for and receive money for the next steps of purchasing property, developing the property, constructing buildings and hiring staff.

I was never the recipient of a prophecy prior to Tuesday morning 10 June 2003.  Apostle/prophet Emanuele Cannistraci came to Jamestown that day. I had been catching some more darts earlier that morning about my motives for working on The Better Place. In prayer, as I was seeking God’s provision, I told Him he knew my heart and that my motives were all purely out of my heartfelt desire to see individual lives and communities transformed and saved completely by the power and love of God; to see His will done on earth as in heaven. Then “Apostle C” visited our pastor’s prayer meeting at 9:00 a.m. and he had a word for each pastor present. When he came to me, he quoted verbatim my conversation with God from earlier that morning and then he said, “I do know your heart, that you desire the transformation of cities and souls, that you desire people to know me. I know your motives are pure. And through your prayers the skies will be cleared over Jamestown and heaven will enter in.” Now, “Apostle C” had just arrived from his home in San Jose, CA and he did not know me, or anything about me. The following Monday, “Apostle C” was back in town to do some prophetic teaching (after having been away to Utica). I was present when suddenly he turned from what he was teaching, looked straight at me and said, “You have a vision that is bigger than your bank account!” He went on to give assurance of God’s authorship of the vision and the provision that would come from God. – Only sixteen days ago, as I write this, on 25 January 2004, I walked into the Za’har Ministries Church in Jeffersonville, PA, just outside of Philadelphia, as the service was ending. My wife, Valerie, and I had just arrived after driving all afternoon from Jamestown, NY [We were there to attend the NY City Pastor’s Prayer Summit which was to begin the next day in the Poconos]. This is the home church of Valerie’s brother, Kevin, and his wife, Dianna. They had suggested, in light of our time of arrival, that we meet them at church. The pastor called us forward and gave a lengthy, unsolicited, word of prophecy to both Valerie and me. In my case it was much about The Better Place that confirmed what I had been hearing from God as well as what other prophets had said. — On the evening of 03 February 2004, Valerie and I visited the greater Rochester, NY Pastor Prayer Summit that was being held at Chautauqua Institution. While we were there, intercessors were asked to go to the various pastors and pray individually for them. A sister who came and prayed for Valerie and me did more prophesying than praying. They were familiar words; “I am going to open the skies over The Better Place and heaven will come down. My will shall be done at The Better Place as it is in heaven. And the rain of heaven will splatter from The Better Place to communities throughout the region where I will transform cities and souls, says the Lord” And there were words promising provision and further confirmation of other things God had been saying before.

When houses are built, it seems to me that it always takes a long time to put the foundation in place. But, once the foundation is in place, the rest of the house goes up rapidly. – The foundation is almost complete as I write this. All the government pieces are in their place. Eleven of the twelve board members are “on board.” And I have the twelfth in my sights. Chase Information Systems of Jamestown has been building our web site and it is just about ready. A logo has been decided upon. Though the vision has been lingering, it will certainly come and will not delay.

<< back to Why The Better Place